T24 is the small name of a Wandering tattler that we captured on January 30, 2021, on motu of the blue lagoon of Rangi 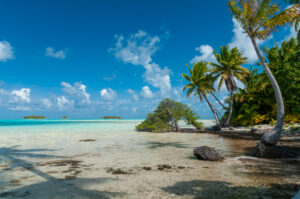 He left Rangiroa on May 2 and flew 4350 km in 6 days to reach Honolulu, where he made a migratory stopover of several days. It thus carried out this first flight at an average speed of 29 km/h. It then made a migratory stopover of several days (at least 5 days, probably about ten days) before setting out again at sea. During this stopover, he stopped in the town of Konehoe in Honolulu, where he spent his time along a small stream in the town and on the dike of a seaside fishing pond. 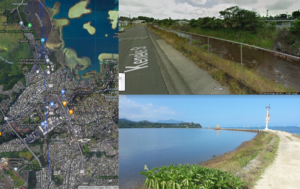 After this stopover, we had no news for a while, and then his beacon finally transmitted data back to us.

After crossing the end of the Pacific Ocean, the wandering knight stopped for at least 3 days in the Northwestern United States in the Olympic Coast National Marine Sanctuary. It then headed back northeast along the coast of British Columbia towards its breeding site a little further north.