Before leaving for a new French Polynesia mission, let us look back at the January 2021 mission. The mission took place from 14 January to 6 February 2021, and during these 24 days, we captured and equipped with GPS Icarus 5 grams birds in Faa (Tahiti) and the Tuamotu archipelago.

We started and ended our mission by capturing birds on the end of the runway of Faa airport. Between these first and last catching sessions, we made a long trip to the heart of the Tuamotu archipelago, during which we visited seven atolls, five of which have no permanent human occupation.

In Fakarava, we boarded the French Navy’s overseas support and assistance vessel Bougainville A622, without which this mission would have been impossible. We then spent 48 hours on the atolls of Tahanea, Haraiki, Reitoru, Tekokota and finally 24 hours on the crowded atoll of Tikei before disembarking at Rangiroa, where we spent 48 hours in the blue lagoon.

We did this fieldwork in the Tuamotu archipelago with 8. 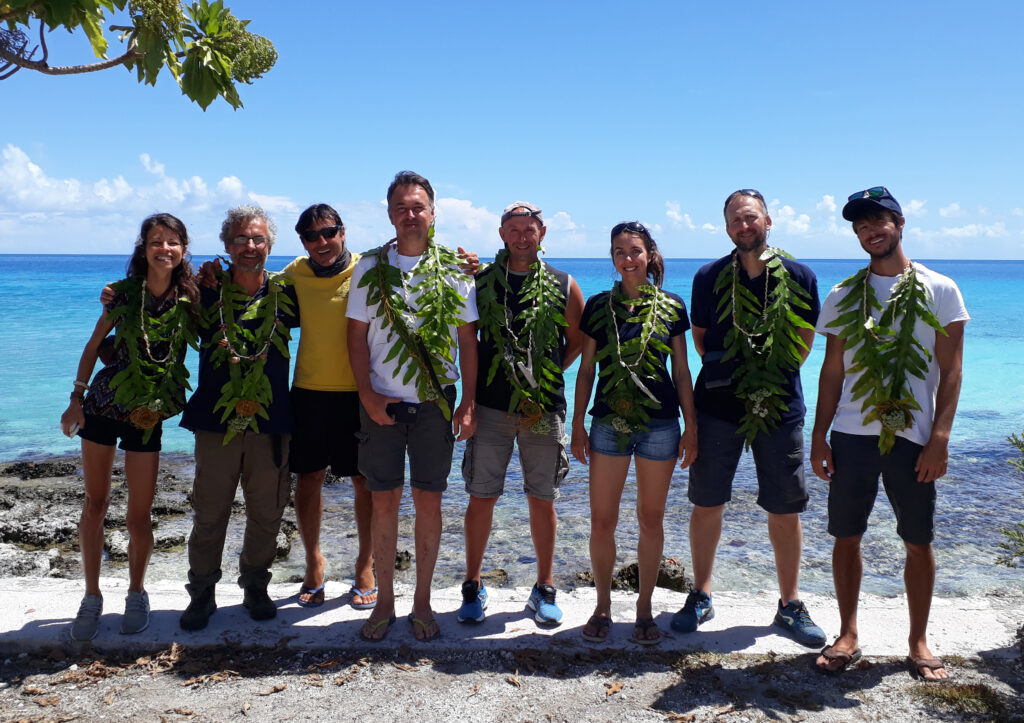 The movements of 4 Bristle-thighed Curlews in May